Dinner, Drinks and Music in Birmingham, Alabama: A Day-to-Night Guide to Fun

“KNOWN AS THE “DINNER TABLE OF THE SOUTH,” BIRMINGHAM IS THE RARE CULINARY DESTINATION THAT BLENDS GROUNDBREAKING CREATIVITY WITH A WARM, UNPRETENTIOUS WELCOME.”

The world is starting to take note, with the city’s dining establishments earning accolades, including two coveted James Beard Foundation Awards received by Highlands Bar & Grill in 2018. The city’s stellar live music scene and innovative cocktail offerings make it easy to transition from dinner to an epic night on the town. Here are some ways to make the most of Birmingham’s top dining and nightlife destinations. Several all-in-one entertainment destination neighborhoods in Birmingham combine dining and drinks with other fun stops such as music venues, boutiques and galleries. The Five Points South area, on the National Register of Historic Places as one of the city’s first “streetcar suburbs,” is one of Birmingham’s hottest entertainment districts with award-winning restaurants, landmark homes and a modern, upscale bowling center, The Woolworth Recreation and Refreshment. Another hot neighborhood is Avondale, home to an eclectic mix of restaurants, bars and shops including popular gathering spot Parkside Café, with its vibrant outdoor patio. East of downtown, the 36-block Lakeview neighborhood features a thriving blend of residential living, destination dining, nightlife and one of the state’s largest farmers markets.

From neighborhood cafes to food halls to fine dining, there’s something for every palate in Birmingham. Want to try a little bit of everything? Head to The Pizitz Food Hall. Here, you’ll find two full-service restaurants and 12 food stalls as well as a cocktail bar and local shops. See what all the accolades are about at Chef Frank Stitt’s award-winning Highlands Bar & Grill. The James Beard Foundation recognized it as the USA’s best restaurant, and Dolester Miles was named Outstanding Pastry Chef. Local favorite Gianmarco’s, family owned and operated, serves up a greatest hits list of Italian classics made with locally sourced ingredients.

Fun, with a View

Head up to the roof for beautiful city views and an energetic atmosphere. Birmingham makes the most of its bar scene with a number of rooftop establishments. Savor a light meal of artisanal small plates while sipping a handcrafted cocktail 16 floors up at Moon Shine at the Elyton Hotel. Enjoy the warm Southern breeze on the rooftop at Carrigan’s Public House, a popular stop for the area’s young professionals. Soak in the jewel-toned décor on the rooftop terrace at Habitat Feed & Social Lounge, known for creative cocktails and shareable plates served late.

Get Your Groove On 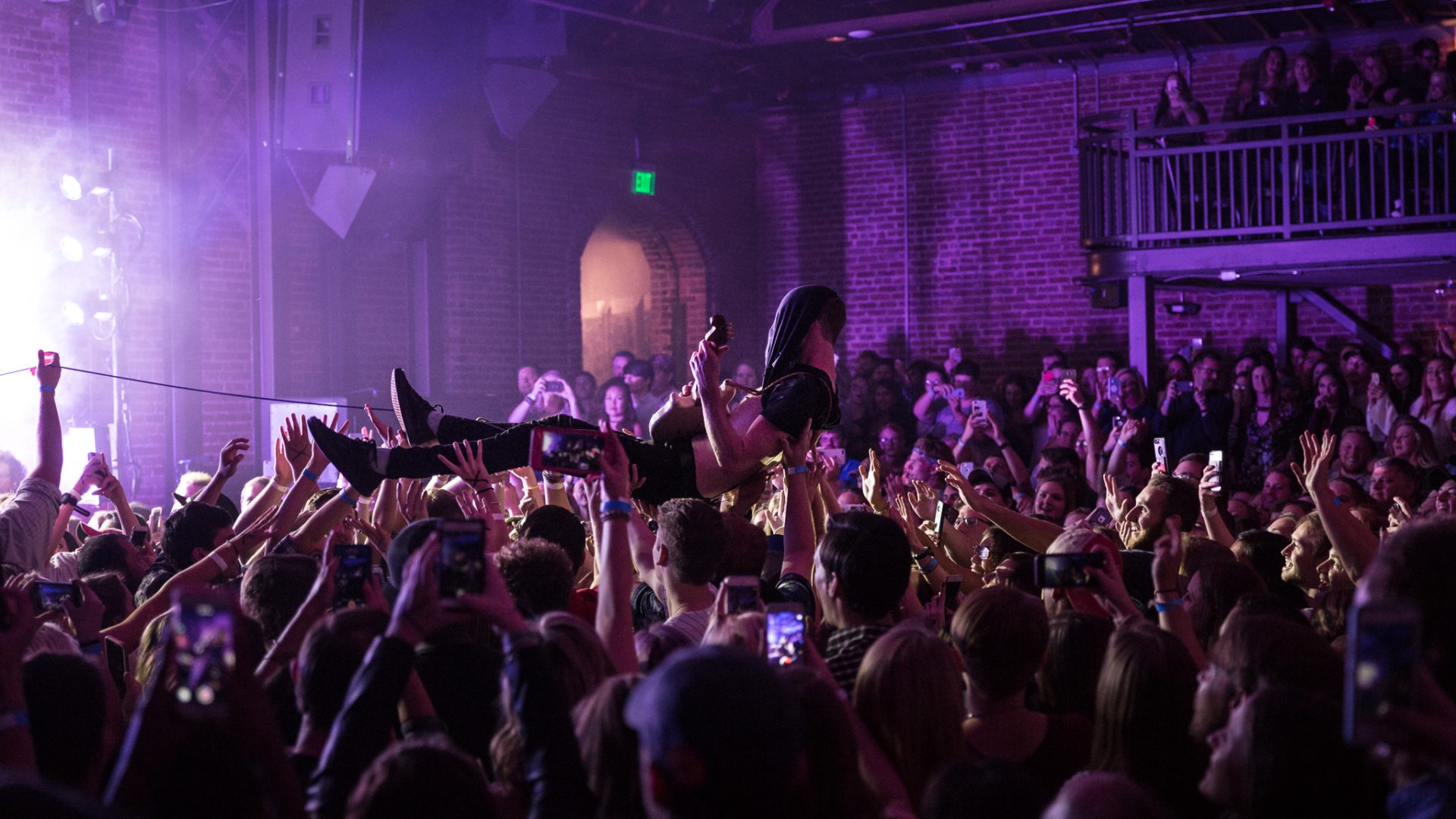 Work up an appetite for Birmingham’s fine food and drink by diving into the vibrant live music scene. Music venues dot the city. Former auto industry buildings have been transformed into Iron City, a 1,300-person venue that attracts national acts and local favorite artists. For a more intimate musical experience, check out Saturn, a popular performance space for small- and mid-sized independent acts. Head to Bessemer, just outside of Birmingham, for a Saturday night out at Gip’s Place, a blues roadhouse and juke joint that seems plucked from another era.

Super Places to Sip a Cocktail

Birmingham’s cocktail scene is buzzing with creative mixologists who are shaking up modern takes on classic drinks along with new favorites. Go underground – and through an alley – to visit the clandestine Pilcrow Cocktail Cellar to enjoy a menu highlighting agave-based spirits. Taste creative Southern comfort food while sampling local beers at The Lumbar, a science-themed bar that also features collaborative work spaces. Embrace the silly side at The Atomic Lounge, known for its mid-century modern vibe and closet of costumes available for patrons to wear.

Birmingham-Shuttlesworth International Airport (BHM) is about 10 minutes away from downtown Birmingham.