The variety of annual events nourishes the Birmingham vibe. Here are some of the festivals and events on the schedule for 2021. As some festivals have cancelled or postponed during these times, please check the individual festival website to check the status: 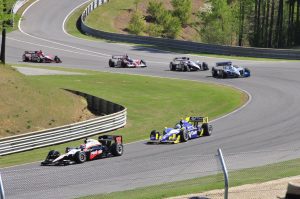 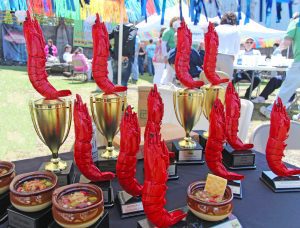 Do Dah Day Festival– May 15. Cahaba Brewing Co. Benefitting animal rescue services, this is one of the city’s most wonderful and wacky events. Homemade floats and animals dressed in costume will remain stationary while the spectators “parade” past them.

Barber Historics– May 22-23. Barber Motorsports Park. This event is a Formula Car Festival, meaning you will see many different generations of the Formula cars represented, from Formula Vee’s to Formula Junior to Indy Lights to Formula 1600 and Formula 2000’s and F4’s.

Magic City Brewfest– June 12. Sloss Furnaces. The Magic City Brewfest’s focus is on providing guests a great experience with access to the best beers they can find in Alabama, including hard-to-find beers that are not always widely available in the market.

Juneteenth Celebration– June 19. Kelly Ingram Park. The annual Juneteenth celebration, commemorating the end of slavery in the United States, is presented by the Birmingham Civil Rights Institute. The free event will begin with a parade at 9am and the community celebration in the park will start at 10:30am. Attendees will enjoy food, music, vendors, entertainment and more!

Secret Stages– August 6-7. Avondale. Secret Stages is a two-day music discovery festival that features over 50 bands performing on the stages of Birmingham on the first weekend of August. All Secret Stages venues are within walking distance of each other and filled with up-and-coming acts drawn from around the nation. 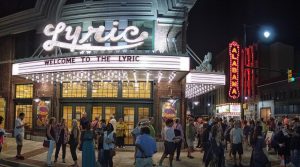 Fiesta– September 25. Linn Park. Alabama’s largest celebration of Hispanic culture is a colorful event in downtown Linn Park. Learn about the many Hispanic countries and their cultures through art, music food and dance. From tortas to tacos and jerk chicken to pupusas, this fest puts on the spread. Here, you’ll find Salvadorian, Caribbean, and Brazilian food, from warm plantains, tapiocas, and quesadillas, to tamales, and corn cups. You can almost smell the homemade tortillas cooking. Come hungry!

Annual Whistle Stop Festival– October 2. The Outlet Shops at Grand River, Leeds. Nothing makes us think “Alabama” better than fried green tomatoes. And if what you love about fried green tomatoes includes Fannie Flagg’s novel, Fried Green Tomatoes at the Whistle Stop Cafe, well, then you might want to check out this local favorite held annually in the charming little downtown of Irondale just east of Birmingham.

Bluff Park Art Show– October 2. Bluff Park Community Center. Some of the finest artists in the country show at this annual event in the Bluff Park neighborhood of Birmingham. 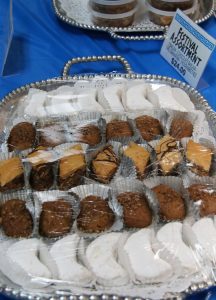 The Alabama Butterbean Festival– October 1-2. Pinson. This down-home gathering tempts you with butterbeans prepared in all sorts of ways, and then offers you one heck of a good time. In fact, if butterbeans aren’t your jam, you might want to come anyway for 12-hours of live music, carnival rides, food, petting zoos, pony rides, and who knows what else!

Dia de los Muertos (Day of the Dead)– November 2. Pepper Place. In the Mexican tradition, the festival commemorates the deaths of loved ones through music and dance.

Christmas Village Festival– November 3-7. Birmingham-Jefferson Convention Complex Exhibition Halls. Mothers and daughters, sisters, and friends begin their holiday shopping by meeting in Birmingham the first weekend in November to enjoy an amazing variety of gift ideas- all under one roof. 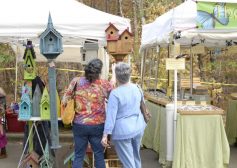 National Veterans Day Parade – November 11. Downtown Birmingham. Birmingham has the oldest and one of the largest Veterans Day celebrations in the country.