In Their Footsteps: The Civil Rights Movement

As most people of a certain age remember, an American revolution took place in the streets of Birmingham. It was the battlefield of America’s Civil Rights Movement, a struggle for simple decency and common sense. 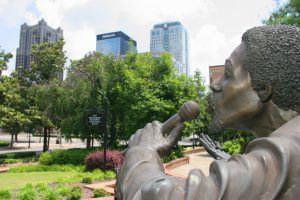 Birmingham’s transformative role in America’s Civil Rights Movement is the most prevalent story of the city’s history. There are countless compelling sites that we’d recommend during your Birmingham visit.