A Weekend in Birmingham with Paul Janeway of St. Paul & The Broken Bones 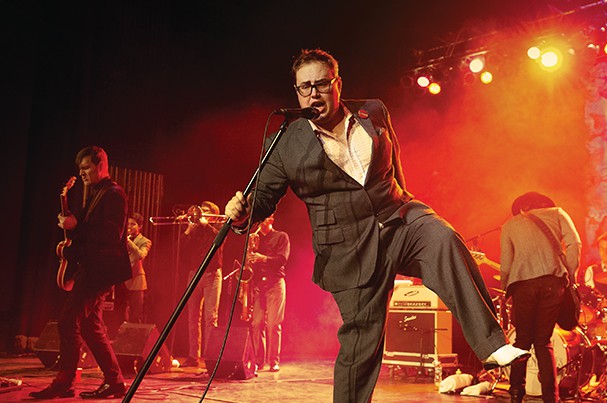 St. Paul & The Broken Bones are the biggest thing to come out of Birmingham in ages.

And they’re not just from here—they’re proud of it. Every show they play, lead singer Paul Janeway closes the show by saying “We’re St. Paul & The Broken Bones from Birmingham, Alabama” so that the crowd will remember his roots the same way he does.

Since Janeway is one of our city’s best ambassadors, we asked him what he’d recommend for a weekend here in Birmingham. Here’s what he had to say.

Niki’s West – “The best for lunch in my opinion is Nikki’s West out on Finley Blvd,” says Janeway, and he’s not alone. For years, locals have been pouring in every day for Southern cookin’, meat-and-three style. Just make sure you don’t take your time in the ordering line.

Saw’s BBQ – The Saw’s BBQ triad has received plenty of national attention for their mouth-watering barbeque, and locals are just as crazy over it. Plus it’s a great meal on the cheap. “For the more affordable side, Saw’s in Homewood is hard to beat,” Janeway says.

Highlands Bar and Grill / Hot and Hot Fish Club / GianMarco’s – For more “high-end food,” as Janeway says, this trio is among the finest in town. Try Highland for French-infused Southern fare, Hot and Hot for inventive fresh seafood, and GianMarco’s for some of the best authentic Italian around.

Barons Baseball – Ever since our beloved and historic Birmingham Barons minor league baseball team moved downtown to a new ballpark, they’ve been filling the stands all summer long. And it’s a great escape from your regular routine. “I don’t get out much,” says Janeway. “So when I get home, I like to take in a Barons game at Regions Field.”

The Edge 12 Theater – There are movie theaters everywhere, but The Edge is Birmingham’s indie theater experience. They often show films other theaters won’t, plus they’ve got a bar with a ton of great beer options. “I always enjoy seeing a movie at The Edge,” says Janeway.